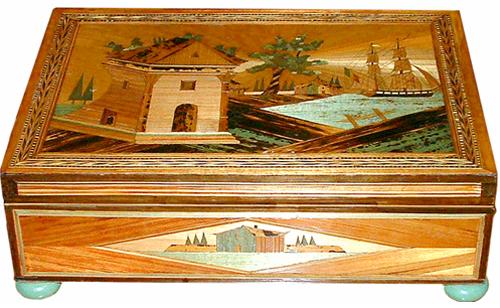 An Exceptional Late 19th Century Straw Marquetry Jewelry Box, most likely created by French nuns who perfected the art in the late 18th and 19th centuries, the exterior depicting a watch tower on the Port de Le Havre, with a French galleon in view, and the interior fitted with compartments and drawers depicting village scenes and a military trophy