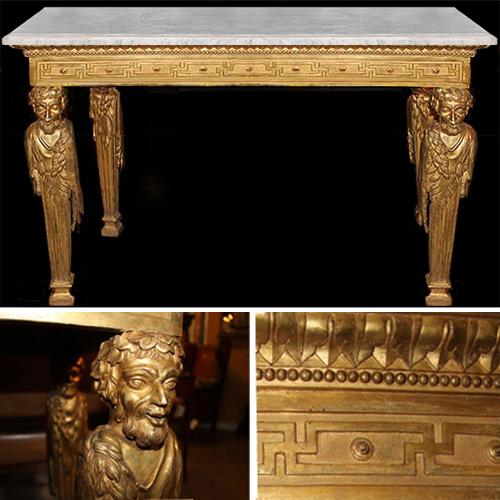 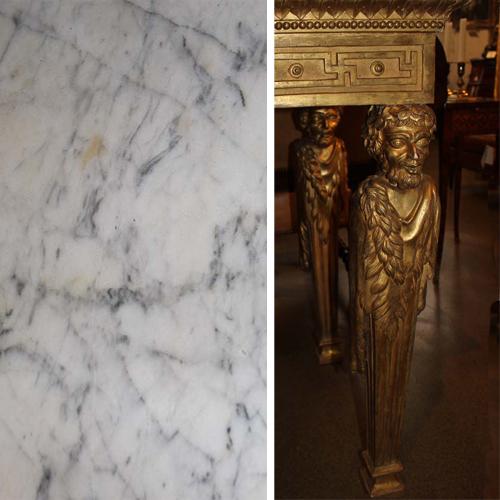 A Highly Important Late 18th Century Italian Louis XVI Giltwood Console Table attributed to Wyndham Odoardo, with the original Carrara marble top intact, the apron carved in a stylized Greek key pattern and the legs depicting the 3,000 year old tale of Jason and the Golden Fleece and likely created for the household inventory of the Royal Palace of Caserta (“Reggia di Caserta”), the former royal residence in Caserta, southern Italy, the largest palace (1200 rooms) and one of the largest buildings constructed in Europe in the 18th c. It was built from 1753-1780 for Charles VII (formerly the Duke of Parma, crowned as the Bourbon King of Naples in 1753, but who adicated (to succeed to the Spanish thrown as Charles III), in favor of Ferdinand, his third surviving son, who became Ferdinand I of the Two Sicilies. Cf. Wyndham Odoardo Console in the collection of the Uffizi Gallery, Florence