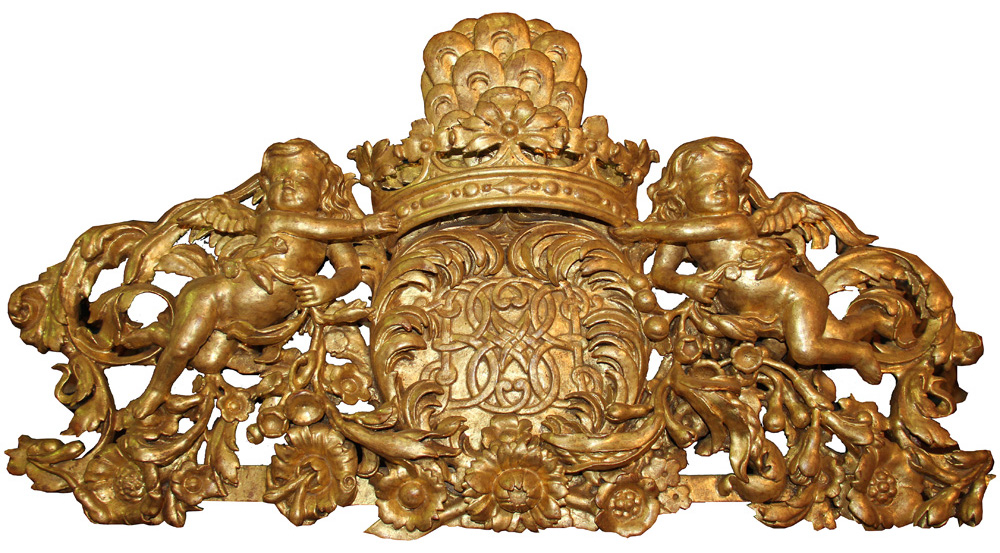 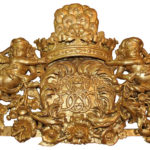 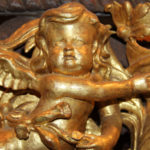 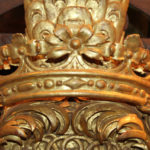 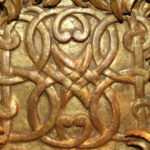 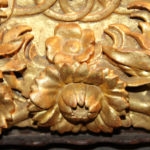 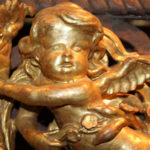 An Elaborate 18th c. Giltwood Architectural Element, most likely that of Leopold II (5 May 1747 – 1 March 1792), born Peter Leopold Joseph Anton Joachim Pius Gotthard, was Holy Roman Emperor and King of Hungary and Bohemia from 1790 to 1792, Archduke of Austria and Grand Duke of Tuscany from 1765 to 1790. He was a son of Emperor Francis I and his wife, Empress Maria Theresa. His crest is exquisitely carved with feathered plumes, winged putti, floral and foliate motifs, lambrequins and crested with the Ducal Crown, the peacock feathers representing power, beauty and knowledge