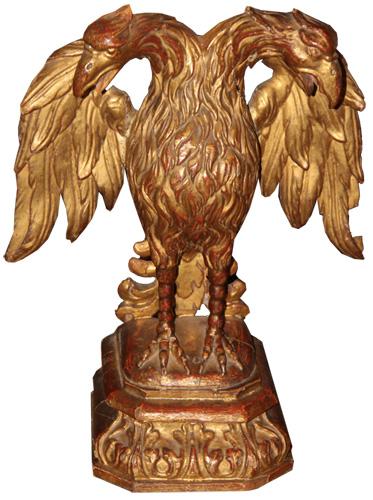 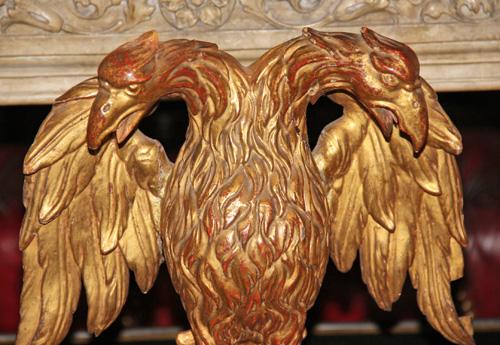 An 18th Century Russian or Roman Giltwood Architectural Element of the two-headed eagle representing either the Russian Imperial Czars, this one from the reign of Peter the Great (1682-1725), or the Holy Roman Empire which also claimed the ancient Roman symbol as it’s own